After much  the Chinese government declared that coaches (Olympic and non-Olympic) would have to receive training in the ancient Taoist art of Qigong. Along with the coaches, physical therapy would also primarily be based on Chinese Medicine, Chinese Massage (Tui-Na), Qigong, Tai Chi  Taoist Philosophy. This new training regimen would integrate the ancient arts with some western training components.

What were the results?

In the 2004 summer Olympic games in Athens, Greece, China sent a delegation consisting of 384 athletes competing in 26 sports. They shocked the world with 32 gold, 17 silver  14 bronze medals, for a total of 63 medals and second place in the overall medal count.

After these impressive  the Chinese increased their pursuit and training in the ancient arts of Taoism. Training was increased exponentially leading up to the Amazing 2008 Beijing Olympics (which will be discussed thoroughly in a separate article). In the 2008 games, the host country had an impressive and massive delegation consisting of 639 athletes competing in 28 sports. The results speak for themselves: 51 Gold, 21 Silver, 28 Bronze, for a total of 100 medals and First Place in the overall medal count.

Although Asian has been known to be weak in track and field, Daniel Chan excelled and won double gold medalists in Canada Summer Games 2013 in 400m Hurdles and Relay. He was nominated to join the Hall of Fame in his high school and to be nominated as Torch Bearer of Pan Am Games by the City of Markham.

Daniel is the son of Master Teresa and is a perfect model how Qi Gong can improve your athletic peak performance through balancing the body, mind spirit. More information about Daniel, visit http://www.goforthegoldwithdaniel.ca 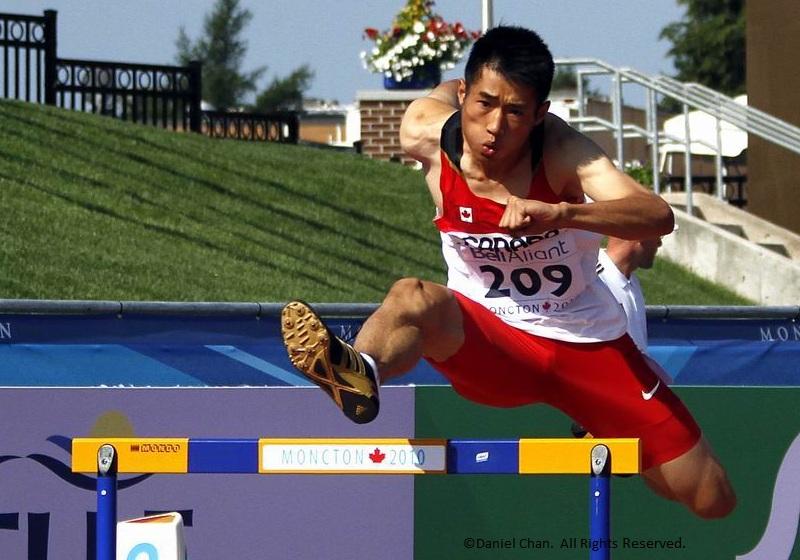